A power of attorney (POA) is a document which allows one person to represent or act on another’s behalf in business affairs, private affairs, court cases and other legal affairs, etc. The person drafting the Power of Attorney deed is called the Principal (or grantor or donor) while the other person being authorised on behalf of the former is known as an Attorney. 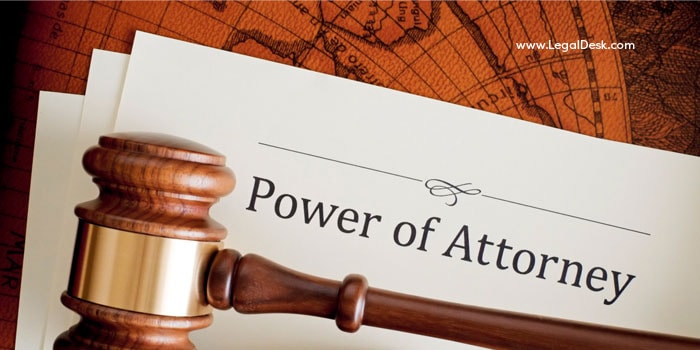 What Are Letters Of Administration?

Letters of administration are issued at a situation by a competent court when a person dies without a Will or if he has made a will but has not appointed any named executor to execute the will.

The obtainment of such letters of administration will give powers to the Attorney to carry out all the necessary procedures to have the heir of the deceased person receive his/her movable or immovable property. The legal heirs in such a case can apply for Letters of Administration from the competent court to get the estate of the deceased. Letters Of Administration may also be obtained for an estate that has not been covered in the subject matter of the will.

Now, let us assume a situation wherein a person “X” has died intestate i.e. without a will and “Y” is his sole legal heir. “Y” is settled abroad and he appoints “AB” as his Attorney under a Power of Attorney to obtain a Letter of Administration from a competent court and in order to be able to control matters concerning the property of ‘X’. The Attorney would discharge his duty as if the Principal, ‘Y’  were himself obtaining the Letters of Administration.

Duties Of An Attorney

The Attorney shall keep himself abreast of all the matters related to the obtainment of such Letters of Administration from the appointed lawyers/law firm and update the Principal from time to time about the status of the pending proceedings.

The Attorney would also be duty bound to pay any duty on the estate of the deceased, if any. He would also have the authority to operate bank accounts, sign cheques and endorse other negotiable instruments.

In case the deceased owns any immoveable properties, the Attorney would also be under the obligation to collect rent and pay taxes for the same to the concerned governmental authorities.

Lastly, the Attorney shall be reimbursed from time to time for all the expenses that he may have incurred in obtaining such Letters of Administration. For the same purpose, he may open a bank account in his name so that all the money from the estate could be verified in the bank account.

The primary duty of the Attorney, hence, shall be to actualize the properties of the deceased in the name of the Principal and do all such acts that may be necessary in discharge of such duty, but at the same time indemnifying the Principal from any harm.

With LegalDesk’s ready to use format of Power of Attorney, it is now very simple to draft a Power of Attorney online. We also have a host of other legal documents and deeds, online Will template and many affidavits. You can also place a request for customising any legal document and get it delivered to your doorstep. Now, to get started, just click the button below and place your request.

There are 1 comment on "Power Of Attorney For Letters Of Administration".