Although, the ultimate aim of introducing the Goods and Services Tax Bill is to simplify the cumbersome nature of our Revenue system, it can still be bifurcated to more than a couple of types! As LegalDesk.com introduces its new GST-based package, we have also took to familiarizing our customers with the contents of the GST Bill itself; beginning with its classification. 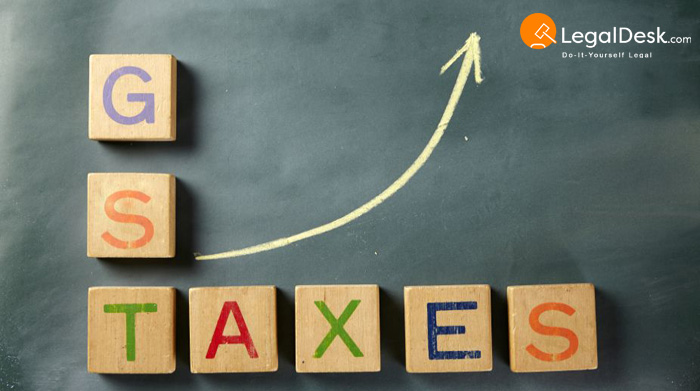 The tax reform will be administered as a dual model – which means that State and Central Government together will reap the revenue generated.

How Will Such A Classification Work?

Key to understanding this classification is which goods and services are sold and manufactured within the state and which aren’t.

Owing to the intense pressure of having to introduce a comprehensive bill by July, some of the taxes by less prominent industries have been left out. As a result, rates are due to be fixed for textiles, footwear, gems and jewellery, and agricultural industry, including specifications for e-way bills and anti-profiteering clause.

All goods/services’ will be charged of their indirect taxes not in the state or location they are manufactured but in the state where they are consumed – making GST a ‘consumption-based’ tax.

Prior to the GST reform, every state had to deal with the taxes paid by the sellers of the same state as well as those belonging to other states, not to mention the taxes that were to be paid to the central government.

IGST is a form of tax that takes care of such a hiccup to all the sellers in the manufacturing industry as well as for those in the import-export business. It is collected by the Central government, thereby cutting down multiple tax receipts that were to be filed by sellers across the nation.

Although collected by the central government, the revenue is then shared among the individual states concerned with the transaction as well as the central government. This rate is fixed as per the Article 269A of the Constitution. The value of tax apportioned between the parties can also be recommended by the Goods and Services Tax Council.

State Goods and Services Tax is collected by the individual states where the goods have been manufactured as well as sold. Taxes what were previously referred to as State Sales Tax, VAT, Luxury Tax, Entertainment tax, State’ Cess and Surcharges and lottery, betting and gambling tax will coalesce into what will now be called as SGST.

How Should A Taxpayer Be Prepared For This?

Essentially all business enterprises, big and small, will face some roadblocks as the existing professionals employed in taking care tax returns will have to update themselves with the current state of affairs.

One particularly problematic scenario would be for the small-scale enterprises who aren’t enough tech or internet-savvy to face up to such a situation. One where GST prepares to revamp the entire revenue system by digitizing the entire process.

The bill will as a consequence work to introduce a G2B platform for taxpayers to have access to the GST systems. This is far from adequate. And is also where we come in. Keep following us as we proceed to launch a new GST package for private enterprises.

There are 0 comments on "Types Of Taxes Under GST In India".