The Government of India plans to roll out India’s largest tax reform i.e Goods and Service Tax (GST) on the 1st of July 2017. With GST coming into effect, it is expected to amplify the ease of doing business and simplify the tax structure of the country. Here’s all that you need to know about GST in a 5-minute read. 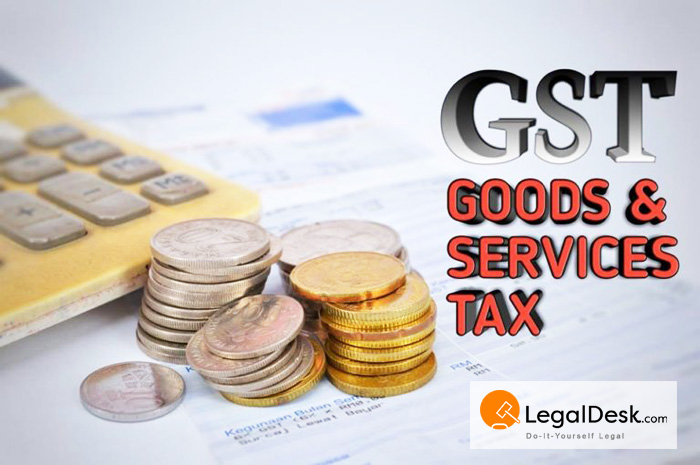 What Exactly Is GST?

The Goods and Service Tax is a comprehensive, indirect, consumption based tax levied on supply of goods and services at a national level. In simpler terms, it is that one single tax levied when a good or service is) supplied anywhere in India. The common idiom used by the Government of India to market the GST, which is, “One Nation, One Tax, One Market” might actually be slightly misleading. There are two reasons for this – firstly, GST only accounts for Indirect Taxes and secondly, the “One Tax” actually means that net number of times a tax is paid for a good/service consumed is One. To explain further, the Direct Taxes, like Income Tax, Corporate Tax and Capital Gain Tax would not be affected by GST;

Currently, indirect taxes are being governed by various taxable events such as manufacturing for excise, entry of goods into local area for Entry tax, provision of services for service tax. GST ensures free flow of credits, which in turn would result in reduction of costs in the system. Also, taxes such as Basic Customs Duty, Motor Vehicle Tax, Tax on petroleum products will not be under the purview of GST.

How Did GST Come Into The Picture?

The Idea of a Unified Single tax across the country was conceptualized first by the Atal Bihari Vajpayee Government, way back in 1999, when the NDA was at the center. Acting on the advice by his economic advisory panel of IG Patel, Bimal Jalan and C Rangarajan, Vajpayee set up a committee headed by the then finance minister of West Bengal Asim Dasgupta – a CPI-M leader – to design a GST model. The Asim Dasgupta Committee was also tasked with putting in place the back-end technology and logistics for rolling out a uniform taxation regime in the country. The NDA Government assembled a task force under Vijay Kelkar (The Kelkar Committee) to suggest tax reforms. GST was already the norm of many countries at that time, with France being the first country to implement it, and developed countries like UK, Canada, Sweden etc.

The Vajpayee Government was replaced by Manmohan Singh and the UPA-I in 2004 and the new Government sped up the process. In February 2006, the then Finance Minister P. Chidambaram announced the Deadline for the implementation of  GST to be the 1st of April, 2010.

In 2009, Chidambaram was succeeded by Pranab Mukherjee as the Finance Minister and in the meanwhile, the Asim Dasgupta Committee quietly attended to  laying the groundwork for  GST. Mukherjee too stuck to the April 1st deadline that was declared by Chidambaram, though many leaders rightly suspected that the deadline will surely be missed. In February 2010, the finance ministry started large-scale, what it called Mission-mode computerisation of commercial taxes in states aimed at laying the foundation for GST. On April 1 that year, the GST deadline was missed. However, the Asim Dasgupta Committee continued working on it. In one of the interviews, Dasgupta said that by the end of 2010, the committee had completed 80 per cent of the GST work.

In 2011, the government tabled a Constitution Amendment Bill in the Lok Sabha to provide for the GST. From 2011 to 2015, the Bill was introduced in the parliament, was debated, opposed, sent back and considered for re-structuring. It seemed that the GST had a very volatile and indefinite deadline. Finally, in May 2015, the Lok Sabha passed the constitution Amendment Bill which paved way for the GST. This too was opposed and demanded to be sent back to the Rajya Sabha. Finally, after almost a year and a half, in August 2016, both the sides agreed to pass the bill.

How Does GST Work?

India follows the Canadian tax system of “Dual GST”, which is concurrently levied by the Central and the State Government. This comprises of –

The GST offers to solve the problem of multiple taxes and cascading (tax on tax) of taxes by subsuming most of the current central taxes into CGST and most state taxes into SGST. The following depicts taxes which are subsumed into CGST and SGST –

To implement this system of Taxation, the Government has constituted the Goods and Service Tax Network (GSTN), which in turn has enlisted 34 GST Suvidha Providers (GSPs); Also, independent Application Service Providers (ASPs) have tied-up with these GSPs and this entire Eco-System of GSTN-GSP-ASP aims to facilitate the tax-paying for the Entire Indirect tax market of India.

When it comes to the ground-level functioning of GST, a tax payer looking to pay indirect taxes can adopt three alternatives for filing returns –

Once registered for GST, the taxpayer shall receive a unique GST Identification Number (GSTIN). This GSTIN is by far the most critical element of the entire technology-backed system since all transactions of a tax paying entity would be recorded and linked to this GSTIN.

Any registered taxpayer has to mandatorily file three returns every month – on the 10th, 15th and 20th, as well as one annual return.

The nature of each filing is mentioned below –

In the first two, the taxpayer must necessarily upload all details of sales made during a month and must also necessarily match the same with procurement details of the respective receiver of the goods/services.

To clarify, let’s take an example –

Now, ‘A’ has to upload the details of supply of good ‘X’, on the 10th, under Outward Supply Returns.‘B’  has received the invoice for the good ‘X’.

Now, ‘B’ has to, acknowledge the receipt of such goods by accepting the details which would be auto populated in his inward return by 15th of the following month.

By 20th of the following month, consolidated liability of ‘A’ would appear in his final return of the month.

This article provides a basic overview of the GST as a concept, how it came into being and the purport of its implementation. LegalDesk.com is a Do-It-Yourself Legal Documentation platform, helping out consumers with their document needs. Our Electronic Signature solutions, comprising of Aadhaar eSign and USB Token Signatures, are enabling service providers to provide seamless user experience to the taxpayers for facilitating their GSTR filings. With the advent of the GST, we are ready to enable applicants for GST with digital signature services, documentation services, agreements, affidavits, etc. to enable a smooth registration and transition into GST.

There are 1 comment on "What Is GST And How Does It Work?".