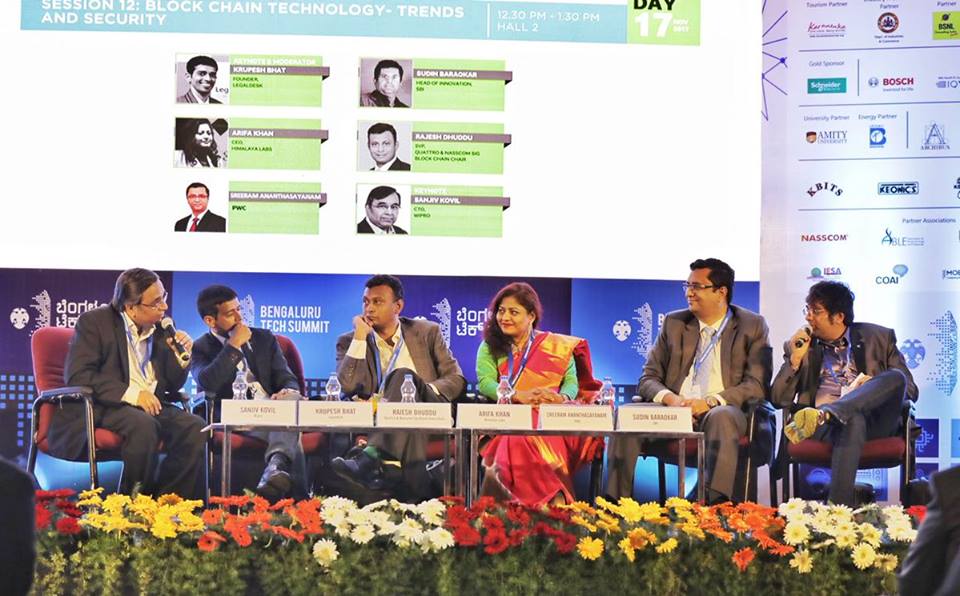 Blockchain presents a refreshing approach to most lifestyle choices. Its impenetrable network provides businesses the ability to extend a more direct and impressive customer experience.The technology is being studied and adopted with fancy excitement around the world.

Blockchain technology was first used in 2008 as a secure platform for Bitcoin but has gained worldwide intrigue owing to its extensive utility. In India, fascination about the technology is growing by the day as is the research and in some cases, usage.

In finding the mass viability of its use in India a Panel Discussion subject to Blockchain – Trends and Security was organized as a part of Bengaluru Tech Summit on 17th November 2017.

Mr. K.R Sanjiv, CTO, Wipro moderated the event. He had a gracious outlook of the technology as he welcomed the panelists, his perception of Blockchain having a potential beyond business whilst having to face a cultural challenge was met with nods of assent by the 5 speakers.

The discussion opened with Mr. Rajesh Dhuddu, SVP, Quatrro Global stating how Blockchain has taken a quick stride from Proof of Concept to implementation; he also examined the implementation hassles thanks to its relative infancy.

Pragmatic as he was, a rather progressive point was made by Mr. Sudin Baraokar, Innovation Head, SBI who explained how SBI has been able to create an ‘ecosystem’ with 27 Indian banks working in cohesion thereby simplifying many a banking processes in the country.

As of now, for every $1000 that is sent from India to USA, about $20 is billed as transaction charges. Transactions being indisputably secure on the Blockchain network enables banks to offer the same at negligible charges.

In the same context, Mr. Baraokar pointed to the Rs. 800 crore that was spent to maintain the Jandhan accounts in the previous fiscal and emphasized how colossal percentage of that money can be put to more efficient use with the application of Blockchain.

Sreeram A, Partner, Govt. & Public Services at PwC specified how Identity Management, Registry and establishing Proof of Work gets more dynamic with the use of Blockchain while claiming “10% of the global GDP will be on Blockchain by 2020”.

Emphatic as the statement is, it could actually be a formality given how exponentially the Blockchain enabled Bitcoin is growing in value – the currency started at 0.08 in 2010 and was valued between $800 and $1000 in January 2017, it has now already surged to over $8000.

With such wide-ranging potential, the legality of Blockchain in a large country like ours is indeed questionable to which Krupesh Bhat, CEO of Legaldesk.com offered clarity, “ Blockchain serves as a permanent record to a transaction and the Indian legal system should open up to it” 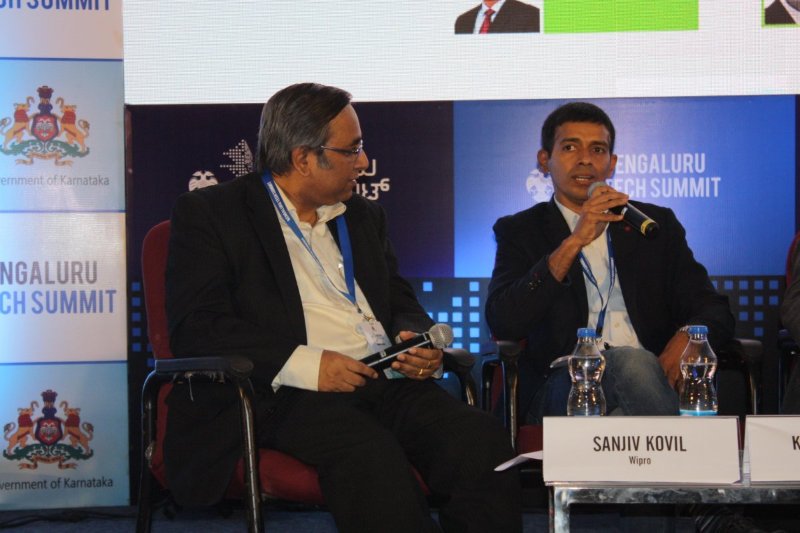 He also explained how Blockchain enabled Smart Contracts would radically simplify the hassles around property documentation, especially land disputes. For the uninitiated, Smart Contracts are self-executing, digital documents in which encrypted terms and conditions permit only the concerned parties to access the documents in a secure and almost instant manner.

Another panelist, Ms. Arifa Khan, India Partner for Ethereum and a Blockchain enthusiast mentioned how Blockchain is being backed by the leaders in World Economic Forum and had an ingenious spirit about the technology when she wondered, “Can it manage 4000 transactions a second – that is what will define the success of Blockchain”

Mr. KR. Sanjiv whose affable charm edified the hour-long discussion, summarised the minutes as he emphasized the need for the proactive participation from the government while implying the promise of the inventive network to be real.

There are 0 comments on "Blockchain Panel Discussion Presents Generation-Defining Possibilities".