In association with iSpirt, LegalDesk.com recently conducted a much-hyped conference on “Digitization Of The Indian Legal System”. The conference, which was held at KSCA auditorium at M. Chinnaswamy Stadium, Bangalore, on the 9th of Nov, 2016, drew much crowd and attention from the press. Eminent personalities in attendance were – Sri. Prabhuling K. Navadgi, Additional Solicitor General of India, Sri. Kishore Mandyam, Co-founder of the DAKSH society, and Mr. Sanjay Khan Nagra, Policy Expert, iSpirt Foundation.

The conference focused on digitization of the various legal systems and the many benefits it would bring about. The founders of LegalDesk.com believe that bringing about digitization is the best way to improve the current legal system which is hugely plagued by issues such as pendency and corruption. While the current system relies on paperwork, a digitized system would not just save time and pendency, it would also eliminate the need to use so much paper. It is in every sense, the best and right way forward for our legal system.

Even today, 230 lakh cases from several years back stay uncleared. Information related to said cases are not available easily. Such a system causes further and unnecessary delays in justice being doled out. And this is why, many distinguished people in the field of law believe that digitization is vital.

During the event, Mr. Kishore Mandyam shed light on the gravity of the pendency issues faced by the system. Stressing that digitization should begin there, Mandyam said that reducing pendency should be one of the first goals of digitization. While speaking to the audience during his session, he said that there should be measures to ensure that information is made available to future generations as well and that digitization should not be limited to just electronically storing case files.

In his session, Mandyam presented the audience with a comparison of stats from India and the US. Equipped with better facilities, the US legal system sees a minimum of 6.2 million cases every month and closes around 6.5 million each month. As indicated by the figures, pendency is drastically reduced. In India however, around 6.2 million cases come in each month and only a 7,20,000 gets cleared. This leads to pendency issues which further hold up the system giving rise to more pending cases. Stats presented by Mandyam indicated that it would take close to 19 years to finish off all the uncleared cases if we move at the current pace. This according to him, is one of the most pressing reasons why digitization should be improved. Apart from increasing the speed in which justice is administered, the new system is expected to save close to INR 12,000 crores and above all, it will bring about something that we are short on now – transparency.

Following the session by Mr. Mandyam, Krupesh Bhat, Founder of LegalDesk.com delivered a presentation on “Digitization Of The Indian Legal System”, the primary topic of the conference. The presentation focused on eNotary among various other things and on how eNotary can benefit the Indian masses. The presentation also covered topics such as e-filing-a system that is currently used only by select courts in India LIMBS (Legal Information Management and Briefing System). Bhat stressed on the reasons why such features are essential to bring about a positive change for everyone.

Through the presentation, Krupesh Bhat, the Founder of LegalDesk.com proposed a system of eNotary which would authenticate identity using Aadhaar, make use of digitally self-attested documents, a video interview and finally a digital signature and seal by a Notary Public and an eSign by the individual. Referencing the highly digitized country Estonia, Mr. Bhat said that the Aadhaar platform is something that can be the digital foundation for all the proposed features.

The event also saw the dignitaries gather to light the holy lamp prior to the release of a white paper on eNotary by team LegalDesk.com. This was followed by the presentation of said white paper by legal expert, Somiah M.J.

Following the presentations by the dignitaries and employees of LegalDesk.com, the much-hyped debate on the need for digitization of legal system commenced. Several valid questions were raised and answered during the session. While many opinions were voiced, the gist remained the same, the need for digitization of the Indian legal system is pressing and it needed to happen at the earliest lest the issues snowball into bigger ones.

Much to the joy of team LegalDesk.com, the conference was a big success. The company is proud that they could pioneer an event like this and create much needed awareness on the topic.

For those of you who missed the event, here are some pics to cheer you up! 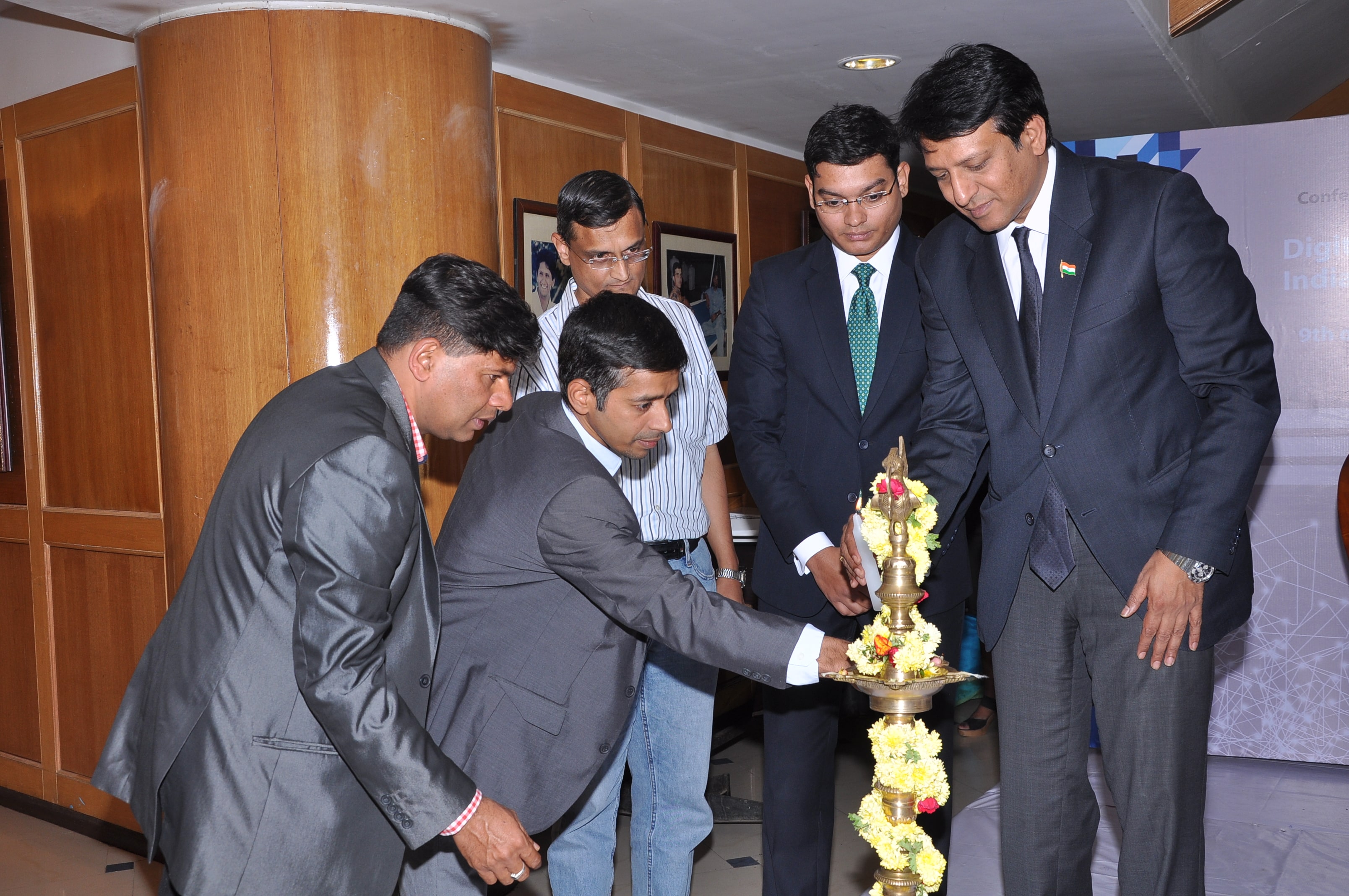 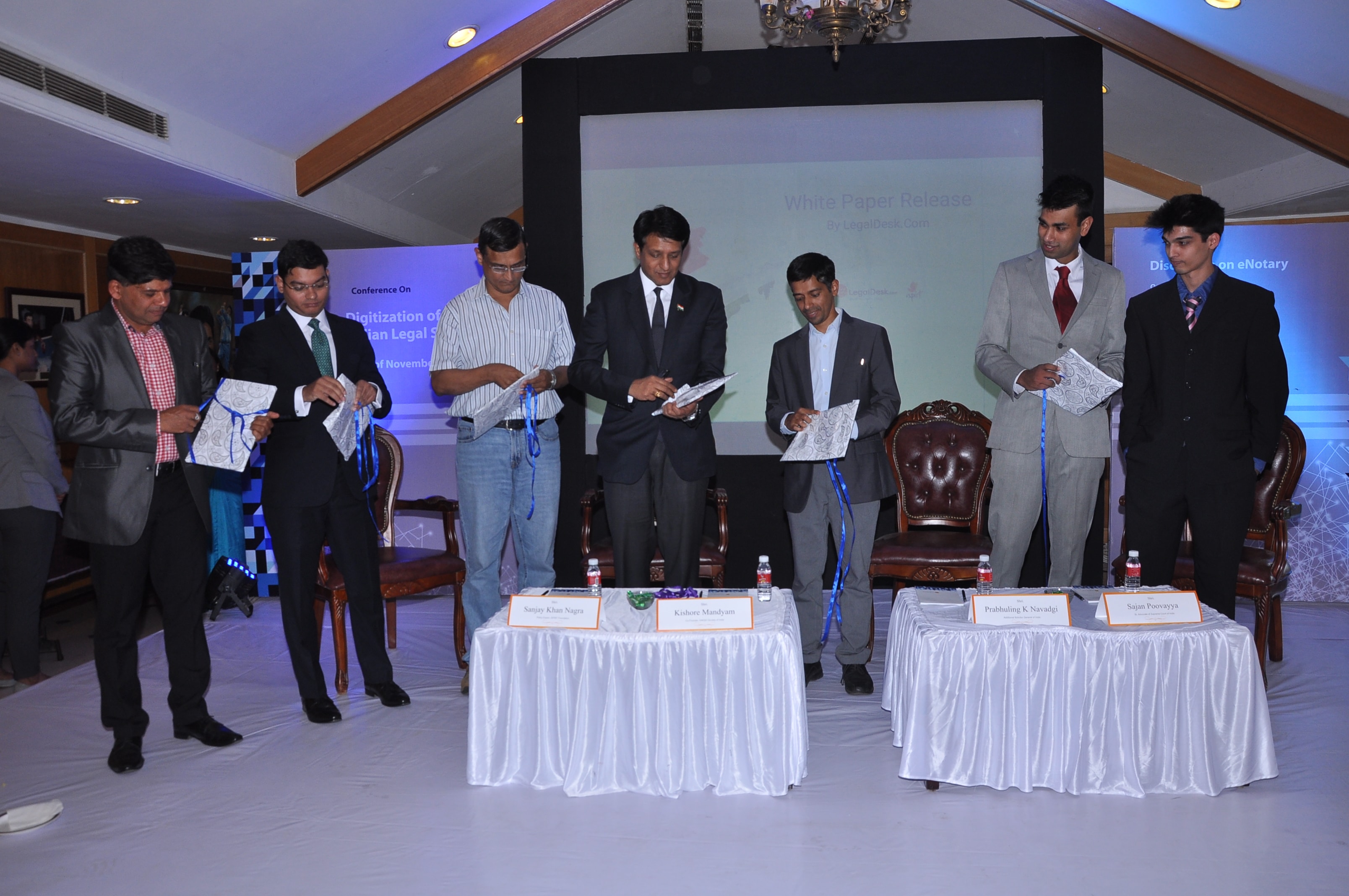 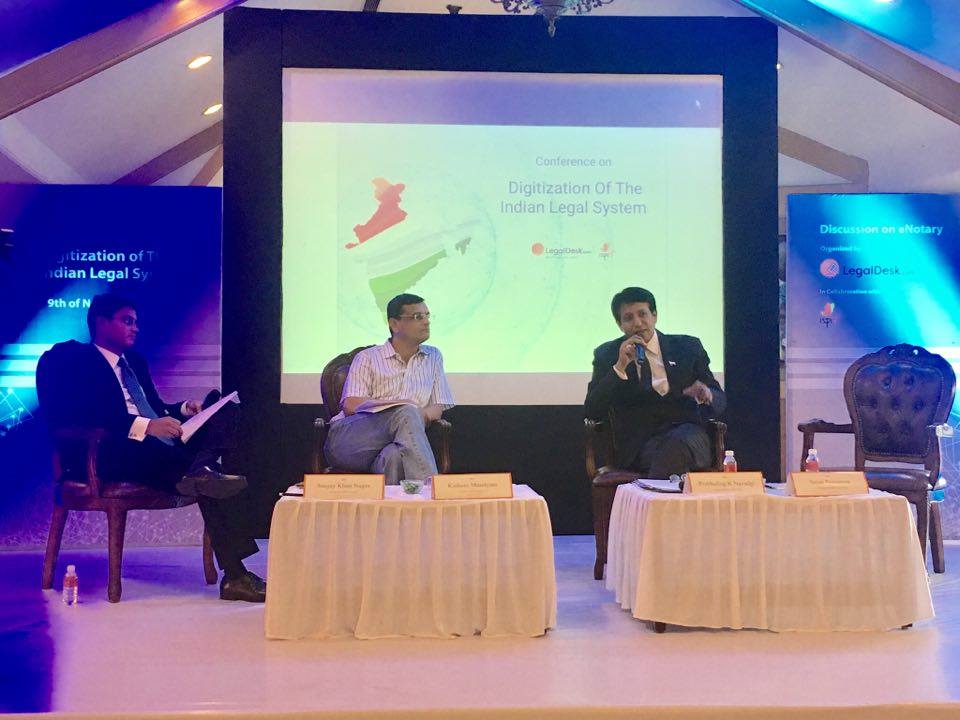 Blockchain presents a refreshing approach to most lifestyle choices. Its impenetrable network provides businesses the ability to...

LegalDesk.com was honoured with the Business Today India’s Coolest Start up Award, on August 8th, 2017. The...

The current Indian Legal System emphasises less on technology and more on paperwork. There are thousands of...

There are 0 comments on "LegalDesk.com Conducts A Conference On Digitisation Of The Indian Legal System".