The term attestation means to certify that a document is true, correct or genuine by signing. Generally, it is in the form of a verification by an official who is competent to affirm the authenticity of a document. Most applications made for jobs, education or services require the production of document copies of the applicants. Since it would be impossible to submit original copies of documents in order to be verified, another solution would be to get photocopies of the same documents attested by gazetted officers of the government or notary publics as the case may be. These officers are licensed to affirm the authenticity of the photocopy of a document after verifying the originals. They issue attestation only after physically examining the original document and on being convinced that the document is genuine. Such officers do not attest documents that look fake or forged. This prevents persons from submitting fake photocopies for availing various benefits. It also prevents time-loss to the governmental agencies in physically verifying every document of applicants who may not be eligible for the benefits or programmes. 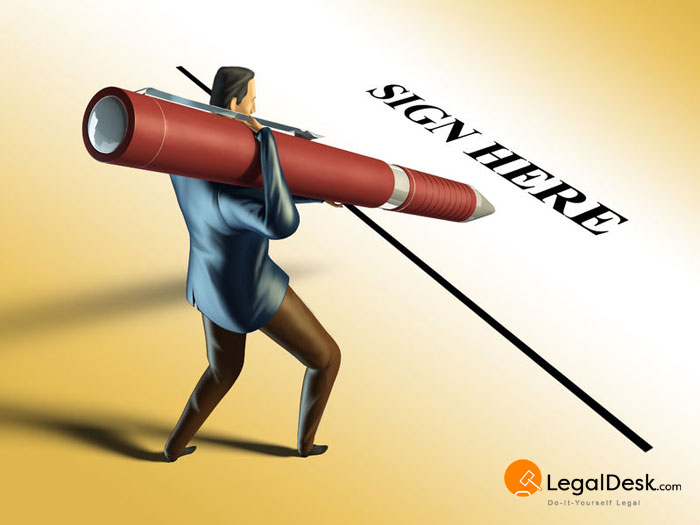 How Does Attestation Take Place Generally?

Traditionally, a person wishing to get a document attested takes it to either a Gazetted officer or a Notary Public. Gazetted officers are usually government employees of Group A and some posts in Group B. They are authorised by the government to attest documents. After physically verifying a document, they affix their signature and rubber stamp on a document’s photocopy as True Copy. Notary Publics are senior advocates appointed by either the central or the state governments. They possess the power to attest documents as well. They too physically verify the original documents and attest documents as True Copies by affixing their stamps and signatures.

What Are The Challenges In Traditional Methods Of Attestation?

The traditional method of attestation creates difficulties for many individuals applying for various programmes. India, being a populous country, its government officials are immensely burdened with work. Many government departments are understaffed, adding to the woes. This creates a challenging situation for officials to find time to address the attestation needs of the public. Getting an attestation is a challenging task indeed. As far as notary publics are concerned, they are usually concentrated near courts and Sub-registrar offices. This prevents a vast majority of people especially living in rural areas to avail the services of notaries and to get their documents attested. Getting documents attested continued to be the major challenge before most applicants until a ray of hope was offered by the Government of India promoting Self Attestation.

Self Attestation is a method of verification of a document by the applicant himself/herself. It is done by taking a photocopy of a document and then self-certifying by affixing signature on it and writing ‘true copy’ or ‘self attested’ if required. Self Attestation empowers the owner of a document to vouch for its authenticity by affirmation. It saves valuable time and resources taken in finding officials who provide attestation and then actually getting them to attest it.

Self Attestation can be done simply by affixing your signature on the photocopy of a document. Make sure that the signature is prominent and touching any area of the copied matter. If there are more than one sheets, sign on all the sheets separately. Write the words ‘true copy’ in order to make it appear authentic.

Government Approval For Self Attestation

The Government of India decided to make self attestation of documents valid for government related applications. The Department of Administrative Reforms and Public Grievances took cognizance of the inconveniences faced by the public in getting their documents attested; most of them parting away with considerable sum of money by notaries while some facing refusals from gazetted officers. The difficulties so faced by people from villages and in remote areas were also considered.

The government’s move was based on the recommendation of the report, ‘citizen centric administration-the heart of governance’, of the second Administrative Reforms Commission. The report suggested simplifying procedures for self-certification provision.

Under the method of self-attestation, the original documents may be produced at the final stage. This was confirmed in an office memorandum sent to all chief secretaries of the states and union territories administrators. The memorandum also said that self attestation method is citizen friendly and compared to the earlier way of attestation that not only costs money but also involves wastage of the citizens’ time and the government officials.

The commission requested the government to review the existing requirements of attested copy or affidavit in various application forms in a phased manner and to make provision for self-certification of documents wherever possible, after receiving the approval from competent authorities. Self attestation, however, will be retained at places where it is a statutory requirement.

Get Your Documents Prepared At LegalDesk.com

LegalDesk.com provides an unparalleled experience in legal documentation. Our ready to customise forms provide an option to preview your legal document as you type your details. The icing on the cake is that all your documents are delivered right at your address, that too in stamp paper wherever applicable. Our corporate solutions include the startup package that provides essential legal documentation for startups. Choose LegalDesk.com today!

There are 0 comments on "What Is Self Attestation?".