The implementation of the Goods and Service Tax is the most significant tax reform yet for India, conceptualised and structured by various Governments from as early as 2000 and implemented by the current NDA government, under the onus of the Finance Minister Arun Jaitley. The proposed GST is expected to streamline the indirect tax regime. Billed as an improvement on the VAT system, a uniform GST is expected to create a seamless national market. 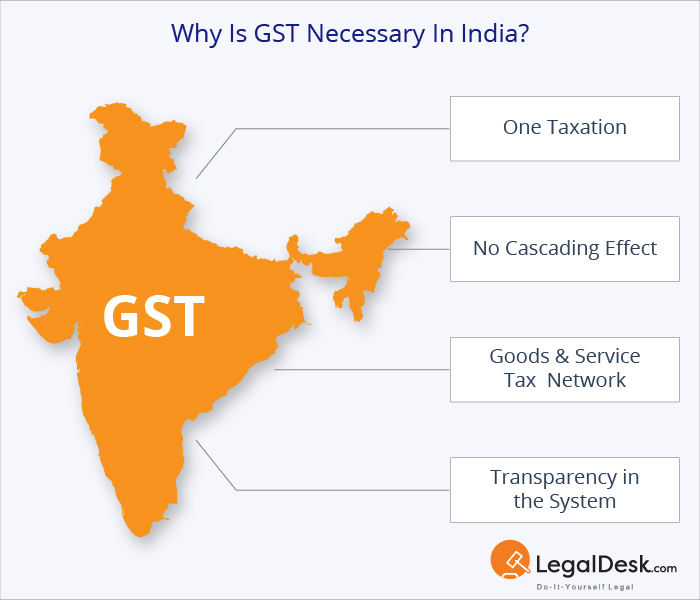 The concept of a single, Uniform Taxation system started being visualized in the Atal Bihari Vajpayee regime, under whom India had just started to diminish trade barriers and promote better trade relations. At that point in time, the Indian Tax Eco-System, upon scrutiny, started to look far too complicated, with each state having its own tax nexus, rules and tax laws in addition to the central tax nexus.

To state an example, one of the taxes that is being subsumed under the State Goods and Service Tax (SGST) is the entertainment tax. This tax is one of the most outdated taxes, dating back to the Pre-Independence era; Historically, before India acquired independence, the British Government imposed heavy taxes on the events of amusements and entertainment, where a large gathering of Indians could have caused rebellion or mutiny. After independence, old enactments continued and there has been no revision or repeal of these acts. Being exclusively reserved as a revenue source for the state governments, some states permit rates as high as 50-60%!

Why Is GST Necessary?

Your GST enabler LegalDesk.com is a legal service provider that provides legal services online and on time. With everything at the click of a button away, you can register for GST without having to leave your home or office. If you need to register for GST, the next roll out is on the 25th of June, and GST comes into full effect on the 1st of July. So, log on and register as soon as possible.

There are 0 comments on "Why Is GST Necessary In India?".