A marriage certificate is considered to be a legal document that authenticates the marital status of a couple under the court of law. While the Hindu Marriage Act is applicable only to the Hindus, the Special Marriage Act will accompany all citizens of India irrespective of religion, caste and language except the state of Jammu and Kashmir. All marriage formalities of Parsis and Zoroastrians fall under the Parsi Marriage and Divorce Act, 1936. 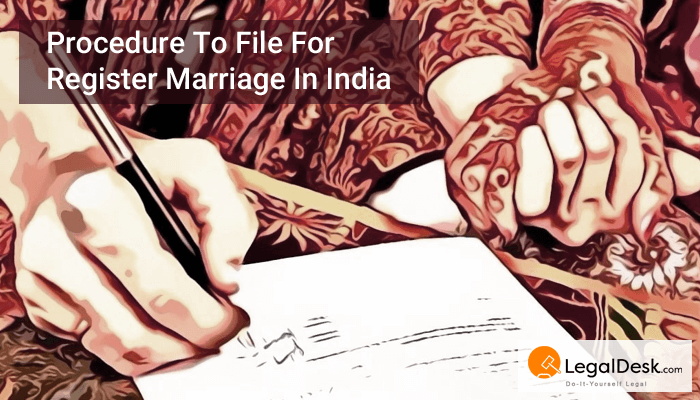 In simple, a marriage certificate is a legal document meant to safeguard women from being divorced. Currently, most marriages in India require registration.

The Hindu Marriage Act, 1955 on the other hand provides for the registration of marriages, but the discretion of the families of the bride and bridegroom to solemnize the wedding before a registrar or register after the wedding ceremony in a traditional manner. However, this does not mean that the non- registration of a Hindu marriage invalidates it under the Hindu Marriage Act.

The Indian Christian Marriage Act, 1872 considers the procedure of registration compulsory as it enters the details regarding the married couple in Church after the wedding along with the signature of the bride and bridegroom.

The Special Marriage Act deals with solemnizing and registering marriages. Under this act no religious ceremonies are needed for a marriage to be done. According to the act, the following conditions are regarded to be lawful mentioned under Section 4:

The Supreme Court of India urged the States and Union Territories to frame laws regarding the registration of marriages and consider it compulsory, as the majority of them have failed to comply with its order in February 2006. The reason being, that the States were intrinsic to know the social structures and local conditions prevailing in their respective states, concerning marriage.

On the basis of mutual consent and support, a marriage takes place. Sometimes individual views change between partners before wedding and in such circumstances a tatkal marriage works fine. In many cases, people may oppose the union in a couples relationship. In such scenarios, most couples may seek for a same day marriage or tatkal marriage. This type of marriage is helpful in obtaining legal help through documents that act as proof the solemnization of the wedding between both partners.

However, there are many factors that affect the decision of going in for a tatkal court marriage:

What Is Civil Marriage Ceremonies In India?

Any couple that does not wish to get married under the influence of any religious ceremony can rather opt for a civil ceremony via the Indian Special Marriage Act, 1954. Take for instance, if there is a marriage between an Indian and a foreign national within the geography of India, it is legally recommended to file a notice of intended marriage with a “Marriage Registrar” in India. The notice is required to be published within 30 days. After 30 days, the Marriage Registrar is free to perform the marriage.

This notice will be considered legal and can only be given in India, wherein at least one partner is a permanent resident of Indian and the other be a temporary resident. In case a partner is residing in another country, then the partner residing in India will have to fill the ‘Marriage Notice’ collected from the Marriage Registration Office of his/her choice and send it to his/her partner residing in a foreign country to fill it out. The notice must be sent back to the partner in India and submit it back to the Marriage Registration Office.

After a period of 30 days, the marriage can take place in India Under the Special Marriage Act, 1954 wherein it consists of the signature of both partners married. This Certificate will act as proof of marriage when applying for a visa to a foreign country.

Importance Of Having A Marriage Certificate 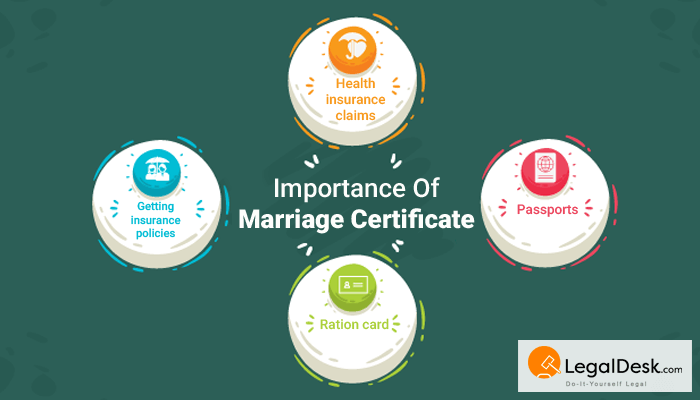 Having a certificate after marriage is beneficial for:

It is also helpful for immigration and can be used to get a social security card, can change name in passport, aadhaar card, and voter ID card. This would mean that obtaining a marriage certificate post wedding is a necessity in India for all newly wedded couples.

Get Your Marriage Affidavit

A marriage affidavit is used to prove the union between a married couple. It is a proof...

A religious marriage ceremony in India is considered to be a legal marriage. However, getting a legal...

A common doubt for women these days is what to prefix their name with once they are...

There are 0 comments on "Procedure To File For Register Marriage In India".