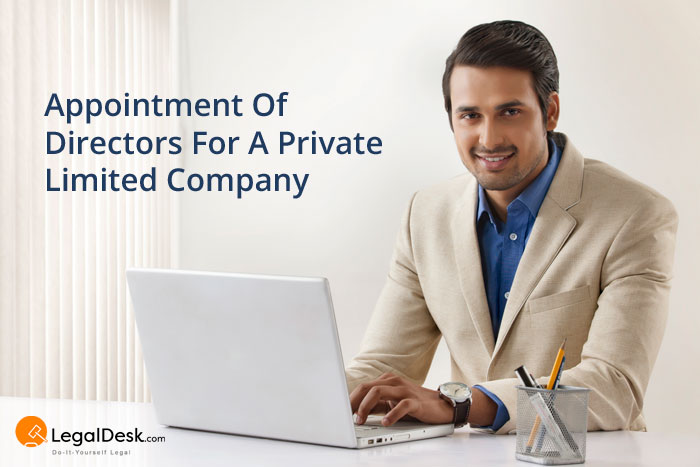 Who Is A Director?

A Director is a professional appointed as ‘Officers’ of the company, by a company to run the company’s affairs. The Companies Act, 1956 defines Directors as ‘any person occupying the position of director in a company’. It is important to note that the position an individual occupies, the duties and functions a person carries out determines whether s(he) is a director of the company or not, and not just the title of Director. The minimum number of directors a Private Limited company must appoint is 2 and the maximum is 15, though the upper limit can be increased from 15 by passing a special resolution at a general meeting.

In order to become the director of a Private Limited Company in India, an individual needs to be/have:

In a Private Limited Company, the first directors are appointed in the manner prescribed in the Articles of Association. If the Articles are silent on the appointment of directors, then any or all of the directors will be appointed by the shareholders of the company. The Articles (if mentioned in it) can permit a company to appoint 2/3rd of its directors on the basis of proportional representation as per section 149(1) and 152 of the Companies Act, 2013.

If the articles of Association permits a company to appoint additional directors, then they can be appointed for a term of one Annual General Meeting (AGM) to the next. An individual who has not been appointed as a director cannot qualify for the post of additional director.

A nominee director is one appointed by a third party or the Government in the case of mismanagement or oppression.

A person being appointed to the position of managing director can hold the same position for multiple Private Limited Companies with a restriction of 20 on the number of directorships. He/she is an individual that is appointed for a 5-year term. If a director has membership in more than 20 Private Limited Companies, he will be punishable with a fine of INR 5000-25000 for each day, and each company over and above the stipulated limit.

All companies incorporated under the companies Act, 2013 need to comply with the requirement of having at least one woman director on the company board, except private companies and OPC.

Procedure For Allotment Of DIN Through DSC

Every company shall maintain a registry containing the following details of the directors and key management personnel: DIN number, Full name, Father’s/mother’s/spouse’s name, date of birth, residential and permanent address, occupation, date of appointment, membership number, the number of securities purchased, date of acquisition of securities, mode of acquisition, etc.

How Can We Help?

Every private company must have at least two directors, and thus, this mandates that a promoter uses his digital signature (a service provided by esignDesk.com) to apply for DIN. Only then can an individual become a director in a company. We provide digital signature services at optimal rates and several other services can be effectively achieved with the help of a DSC (such as incorporation services, signature on official documents, etc.).

A co-founder may be a friend or relative in the initial stages of your business. But as...

Starting a business requires a lot of research and time that certainly does not happen overnight. As...

There are 0 comments on "How Can A Private Limited Company Appoint A Director?".