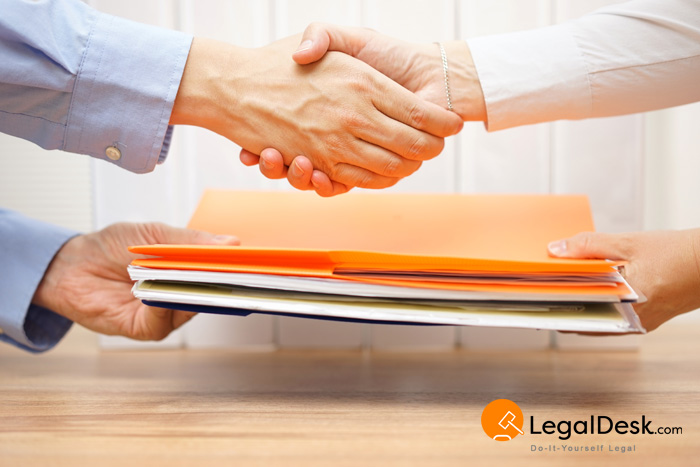 A private limited company is similar to a partnership firm as both are a ‘close corporation of members’. Hence, the transferability of its shares can be restricted by the Articles of Association (AOA) of the company concerned. Therefore, the AOA of the entity must be reviewed prior to the initiation of the share transfer procedure.

This kind of right is granted to a potential buyer by the transferor/owner of shares by virtue of a contract. In short, this is a contractual right given to an individual by the owner of the shares. Here, the owner gives a right to an individual and/or entity to buy his share of stake as per the same terms and conditions, had it been offered to a third party. If the concerned party agrees to buy the shares, the owner cannot sell his shares, in part or full, to the third party. But in case, if the prospective buyer with whom to whom this right is granted refuses, then the owner can consider to sell it to any third party as he deems fit at a price determined by the Auditors/ Directors of the company, the formula of which is provided in the Articles of Association of the company.

For example, ‘A’ owns 40% of stake in ‘XYZ’ company and has a ‘Right of First Refusal’ agreement with ‘B’. If ‘A’ considers selling his part of share, he has to first offer ‘B’ with the same terms and conditions had it been a third party. But if ‘B’ refuses, then ‘A’ may sell his share to any third party he/she wishes to.

The directors of the private limited company may refuse the registration of the transfer of shares under prescribed circumstances which are only mentioned in the Articles of Association of the company. The restrictions contained in the Articles of Association are legally binding. Private agreements are not binding/enforceable either on the company or on the shareholders. However, there cannot be a total prohibition on share transferability.

Rights With Respect To Transferability Of Shares

The following are the contractual terms between shareholders which are usually included in the Articles of Association.

When a majority shareholder intends to sell his share to a potential buyer, the minority shareholder(s) can sell their shares as well subject to an agreement between the minor and major stakeholders, called tag-along rights or ‘co-sale’ rights.

For example, A owns 60% stake in ‘XYZ’ company. B, C, D, E owns 10% each totaling 40% in the same company. The majority (‘A’) and minority shareholders (‘B’, ‘C’, ‘D’, ‘E’) have a tag along rights agreement in place. A found a potential buyer-company which agreed to buy A’s stake at INR 100 per share, which is the best price offered in the market. As the minority shareholders have tag-along rights, they may also offer to sell their shares at the said price (INR 100/share).

It would not be wrong to question the ‘relevancy’ of this particular right. As given a tinge of hint earlier, co-sale or tag-along rights are good for the minority shareholders because they give them an opportunity to capitalize on a deal that the majority shareholder has been able to strike with the potential buyer. The majority shareholder may have the contact or access to the potential buyer and may be even able to strike a better deal. This right gives the minority shareholders to capitalize on an opportunity and sell their shares at a price which they probably wouldn’t be able to get if they go solo.

This concept is unique and peculiar and is generally not made. It can be argued that it is an ‘evil’ side of tag along rights, depending on the facts and circumstances. Drag along rights can be defined as a compulsion for the small or minority shareholders in a company to sell their shares to a potential buyer who has already signed a deal of transfer of shares with the majority shareholder.

Initiation Of Transfer Of Shares

In case the existing members of the company are not interested in buying the shares, the same can be allotted to outsiders. It is to be noted that, in both the cases (existing members and non-existing members), the same procedure of transfer is to be followed the details of which are ascribed below.

Following steps are to be followed to formalize the transfer of shares of a private limited company:

What If The Company Refuses To Transfer Shares? – The Remedies

The National Company Law Tribunal or NCLT after hearing such cases, may either reject the appeal or direct the company concerned to register the transfer of shares within ten days of the judgement. The tribunal may also impose pecuniary damages on the company depending on the nature of damage.

The NCLT may also pass interim orders such as injunction, may decide matters pertaining to costs, allotment of bonuses or right shares etc. In case there is a default in the implementation of orders, the NCLT may impose fine of up to INR 10,000 which may further extend to INR 1,000 every day if the order is not complied with.

Want To Start Your Own Company?

Do you wish to turn your ideas into a high-value venture? Let us help you to achieve your dream. We, at LegalDesk.com, would be glad to help you in facilitating the registration of your dream company. We also offer business documentation packs as well as incorporation services for startups and new businesses.  Call us or leave a message to know more!

Besides this, we also offer an array of online legal documents, using which you can create your own document in minutes. Once created, you can either download the document or avail our delivery service in which we get the document printed on stamp paper of the requisite value and deliver it to your doorstep.

There are 1 comment on "Transfer Of Shares In A Private Limited Company".